Warning: Use of undefined constant wp_cumulus_widget - assumed 'wp_cumulus_widget' (this will throw an Error in a future version of PHP) in /homepages/11/d172012209/htdocs/app342438499/wp-content/plugins/wp-cumulus/wp-cumulus.php on line 375
 How Listening To Music While Studying Makes You Smarter | LernForm
Home LernForm

How Listening To Music While Studying Makes You Smarter

How Listening To Music While Studying Makes You Smarter

Students who listen to classical music while they study do better on Math exams. Music streaming service Spotify reveals that listening to the right genre of music while studying boosts concentration.

The millions of students who returned to school and college last week should consider packing a pair of headphones in their bags.

Clinical Psychologist Dr. Emma Gray, who specializes in Cognitive Behavioral Therapy at The British CBT & Counselling Service in London, was commissioned by Spotify to investigate the effect music has on studying. The research found that it is important to choose the right music for the topic you’re studying to stimulates learning and enhance concentration. 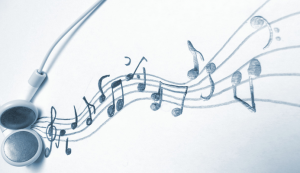 Students who listen to classical music with 60-70 beats per minute while they study score on average 12% higher on their Math exams, the equivalent of up to a whole grade. The melody and tone range in classical music, like in Beethoven’s Fur Elise, help students to study for longer and retain more information.

The left side of the brain is used to process factual information and solve problems, which are key skills in Science, Humanities and Languages. Listening to music with 50-80 beats per minute, such as “We Can’t Stop” by Miley Cyrus and “Mirrors” by Justin Timberlake, has a calming effect on the mind that is conducive to logical thought, allowing the brain to learn and remember new facts.

When studying for subjects like English, Drama or Art, students use the right side of the brain to process original, creative thoughts. Research shows that these students should listen to emotive rock and pop music, like Katy Perry’s “Firework” and “I Can’t Get No (Satisfaction)” by The Rolling Stones, which produce a heightened state of excitement that is likely to enhance creative performance.

“Music has a positive effect on the mind, and listening to the right type of music can actually improve studying and learning. Music can put you in a better frame of mind to learn – and indeed, students who listen to music can actually do better than those who don’t. For logical subjects, like Math, music should calm the mind and help concentration, whereas for creative subjects, the music should reflect the emotion that the student is trying to express.”

“With millions of students streaming music on Spotify, it’s great to see the positive effect it could have on their studies. With Dr. Gray’s help we’ve created the perfect playlists to help students get the grades they want.”

The perfect music to study to: